to the press releases
Karlsruhe, 23 February 2021

alfaview® brings fans back to the stadium 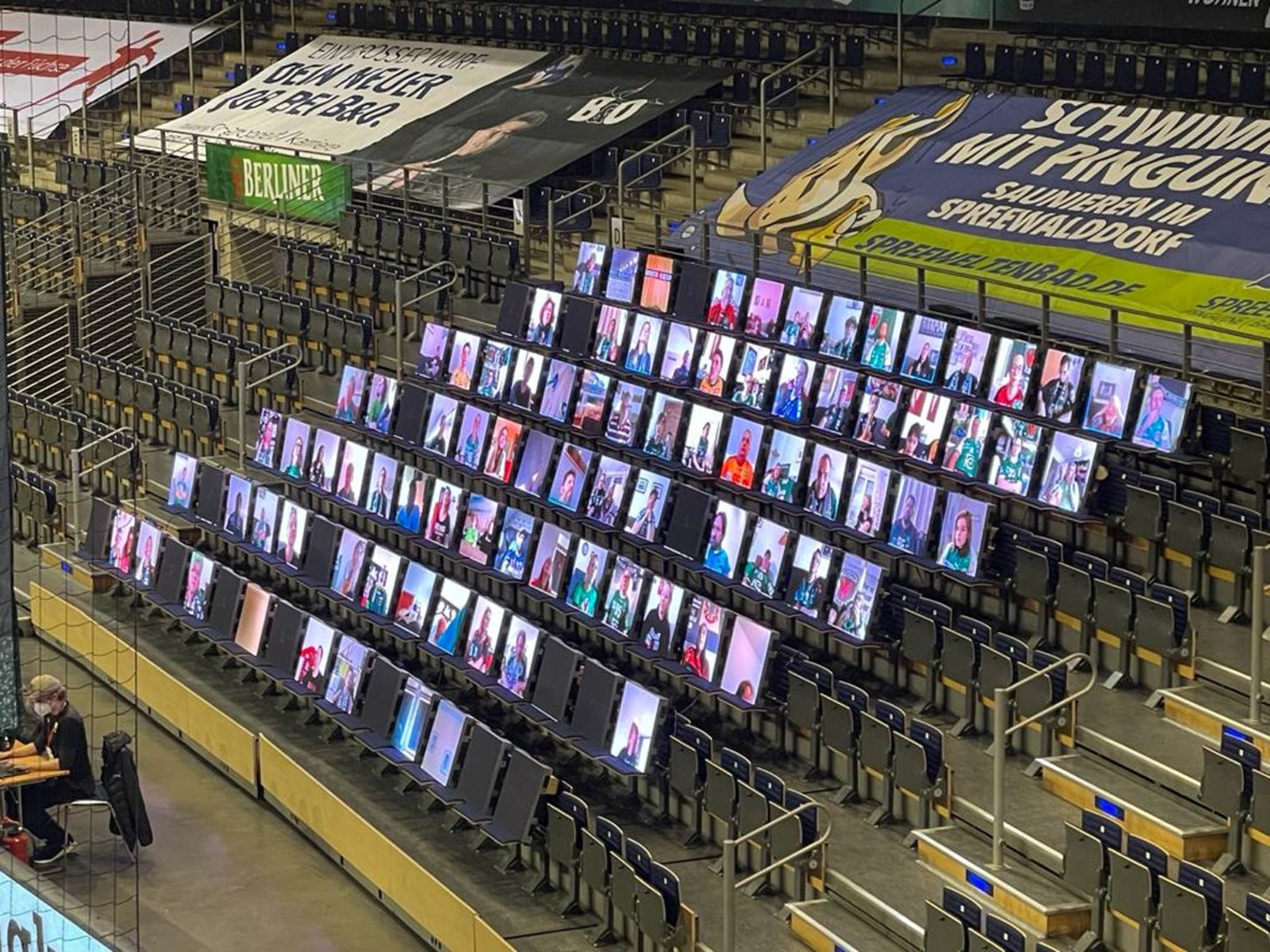 Thanks to alfaview®, over 100 fans were able to cheer on the handball team Berliner Füchse live at the German Bundesliga match against the Rhein-Neckar-Löwen. © Otto Events
The handball team Berliner Füchse was supported by fans on Sunday at their match against the Rhein-Neckar-Löwen from Mannheim. Due to the coronavirus pandemic, fans are still not allowed to visit the stadium. However, this weekend, the visitor section in Berlin’s Max-Schmeling-Halle went digital.

More than 100 fans were broadcast live on LED screens placed on the empty stands and were thus able to follow the exciting match. This was made possible by the "stadium edition" of the alfaview® video conferencing software, which was specifically developed for this purpose and guaranteed a synchronous broadcast of the spectators into the stadium.

Manager Bob Hanning was excited: “I think it's a great idea, one that I haven't seen before in Germany. For the top match, we can then be even closer with our fans.” Niko Fostiropoulos, CEO of alfaview gmbh, is also pleased with the successful event: “In cooperation with Otto Events we were able to bring fans back to the stadium to cheer on the players virtually with alfaview®.” ZDF SPORTreportage also reported on the special event, which shows how fans can support their team in the current situation not only in front of the TV but also from the stands.