to the press releases
Karlsruhe, 24 February 2021

Criticism of the Berlin data protection authority is wrong 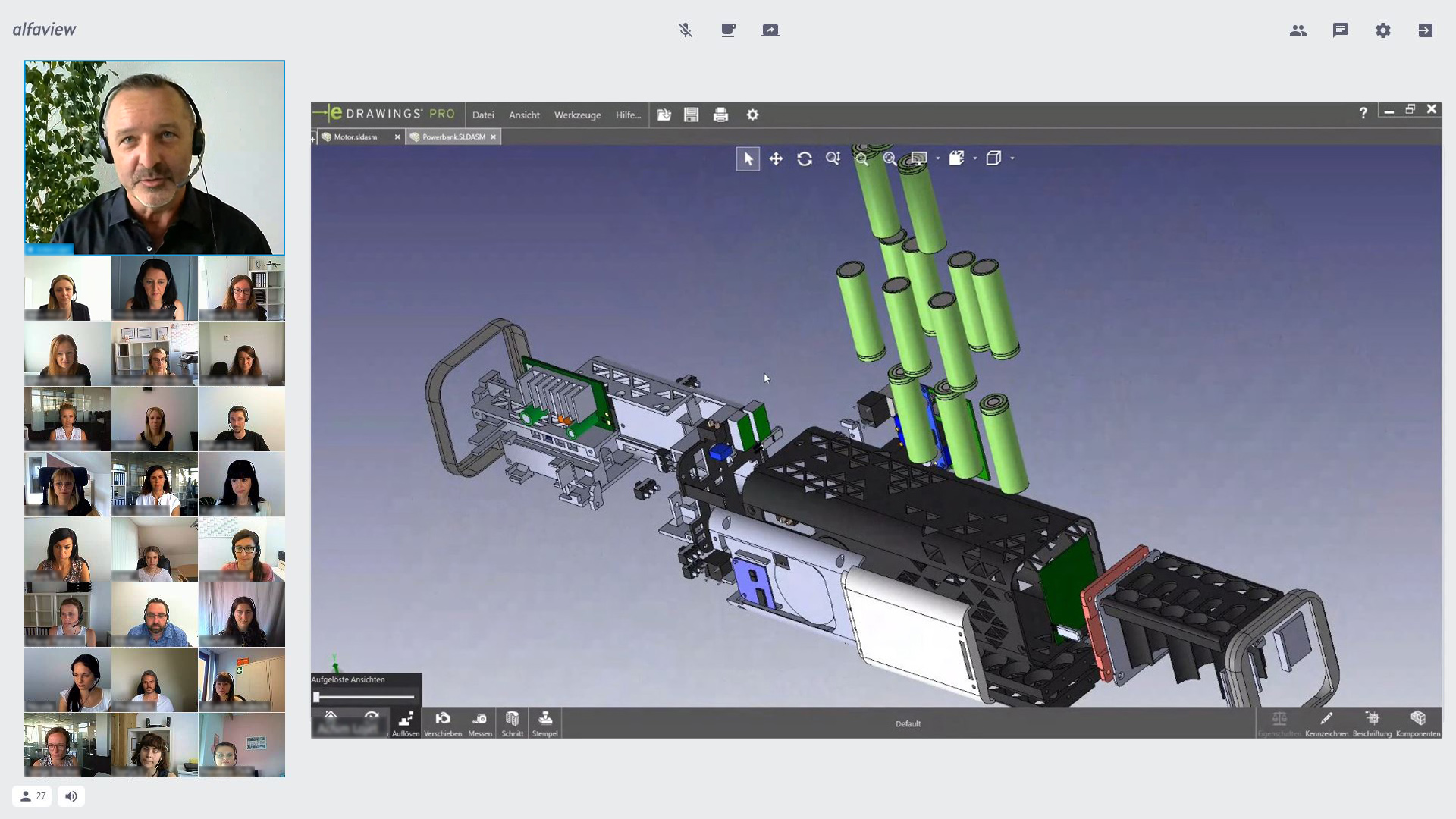 “In my opinion, this criticism of the data protection authority is wrong and counter-productive. It does not encourage the development of our own digital technologies. On the contrary, these politicians are presenting Microsoft Teams, WebEx, Zoom & Co. as the only alternative to BigBlueButton, the solution favoured by German ministries of education”, says Niko Fostiropoulos, CEO alfaview®, Video Conferencing Systems On the one hand, the Berlin data protection authority has given web-based video conferencing systems four green lights. However, these solutions are not suitable for large meetings, school classes, events and congresses due to their browser technology (WebRTC). On the other hand, the data protection authority has also awarded the app-based video conferencing software alfaview®, GDPR-compliant and developed in Germany, with the maximum of four green lights. In this respect, alfaview® is comparable to solutions from the Silicon Valley. It is the only video conferencing software with four green lights that can compete with Silicon Valley products in terms of technology and performance. alfaview® enables lip-synchronous, simultaneous, stable and high quality communication via audio and video for 50, 100, 200 or more people. If the Greens had only known that before, Jürgen Trittin would not have had to furiously bang on the table.
For years I’ve been hearing from Berlin and Brussels, that we need our own digital technologies in the European Union. So far, however, the world's largest single market has not yet succeeded in providing data centres with powerful cloud services. Amazon, Google and Microsoft as cloud service providers are ten years ahead of us. In my opinion, there is an urgent need for action. The free market alone will not be able to solve this shortcoming. Rather, the commitment of the EU states is needed here. Only then can digital media from the EU be set up in compliance with the GDPR in order to be able to counter Microsoft Teams, WebEx, Zoom & Co.
Criticism must also be directed at the IT consultants of the Ministries of Education. Efficient video conferencing systems, such as alfaview®, developed in Germany and with many years of expertise, are overlooked. Instead, it is recommended that browser-based (WebRTC) video platforms (e.g. BigBlueButton or Jitsi Meet) be set up nationwide. This could be compared to the appeal to stop going to the baker and bake your own bread every day.
Furthermore, due to their technology, browser-based systems cannot provide the same quality of service as app-based systems can. No-one would recommend to take the bike to travel from Frankfurt to Berlin for environmental reasons instead of taking the train or the bus. Additionally, WebRTC video conferencing systems require the use of Google Chrome, Apple Safari, Microsoft Edge and other US-American browsers.
With alfaview®, there has been an app, developed and hosted in Germany, for years. In cooperation with the German data centres, we contribute with our expertise to optimise the services in order to counteract the limited performance of the German data centres compared to the US cloud providers. As a result, alfaview® is in no way inferior to Silicon Valley products in terms of performance and stability. Stable, lip-synchronous and in high audio and video quality – 50, 100, 200 and more people can communicate simultaneously in real time. In the spectator mode, up to 500 people can attend the meeting. All that is required is standard hardware and a standard internet connection. Browser-based systems cannot achieve this.

In conclusion, I can only recommend the Ministries of Education to take a serious look at our proposals for the use of video systems in education and to contact us. In our educational company alfatraining® we have been teaching with alfaview® since 2010. Therefore, we have had no lockdown, no short-time work and no dismissals. The video conferencing software alfaview® is ideally suited for schools. All students need is a laptop, which should be provided by the state and federal government. I am sure that the state treasury can afford it. It is high time we rid ourselves of the Silicon Valley infatuation and promote our own technologies. With the alfaview® video conferencing software, we are contributing to this.

We need more courage and confidence in our own competence to initiate a real spirit of departure into the digital age. Shaping the digital world is far better than putting the brakes on it.